“In this ceremony we honor the memories of fellow A&M men and women whose death prevents their answering Roll Call at this annual Muster. The Roll is a symbolic Roll Call of all students and former students whom death has taken from our ranks, but whose memory lives on in our hearts. As each name is called, a comrade will answer: Here!” 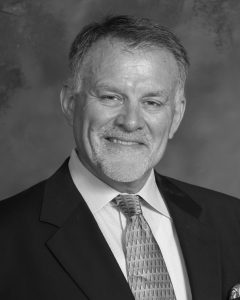 This event will be live-streamed beginning at 6:30 p.m. on Wednesday, April 21, 2021 for those who would like to attend virtually. Use the link below after 6:15 p.m. to join the virtual event.

**Muster live stream will start at 6:45 p.m. If you had trouble with the link it has been fixed.**

If are joining us virtually and would like to make a Muster Memorial Gift please select the “Virtual Attendee” option below and then complete the donation information.

This is an in-person activity. Every attendee must evaluate their unique circumstances and make an informed decision before attending in-person activities. The Houston A&M Club recommends that no one in the higher-risk category take part in-person. Anyone who feels sick must Stay Home. If you become sick or develop symptoms, isolate yourself then go home and seek care. The Houston A&M Club cannot make any guarantees of safety and you are attending at your own risk.

Barnett (Barney) Gershen is the founder and CEO of Gershen Consulting LLC in Houston, TX.  Since 2005, Gershen Consulting has specialized in providing industry specific advisory, recruiting, and investing services to clients across the country (and beyond).

Prior to becoming an independent consultant, Barney was Chief Executive Officer and co-owner of Associated Building Services (ABS), a company he grew from 2 employees to over 13,000.  The company grew to over $230 Million in yearly revenue (the industry average being $5-10 Million) – making it one of the top 5 independent building maintenance firms in the U.S.  Known for being an innovative, results oriented company, specializing in state-of-the-art management leadership, a successful sale of ABS was completed in 2004 (even though it was “never for sale”).  Barney attributes much of his success to the leadership experience he gained while serving in the Corps of Cadets.

Barney completed his undergraduate degree in Management with honors at Texas A&M (while appointed as the executive officer of his Corps of Cadets unit), and earned his MBA in finance at The University of Texas (his dissertation was on the building services industry).  He served in the U.S. Army (retiring in 1978 as a captain) and completed Owner/President/Management certification at Harvard University later in his career.  Barney was later honored as a distinguished graduate from Texas A&M.

Community involvement is an important part of Barney’s life – To name a few, he is a founding member of Crime Stoppers and the Holocaust Museum in Houston, as well as the Building Service Contractors Association International (1965), and has served on the board of advisors for the Holocaust Museum and YMCA (including the founding of the downtown Houston YMCA youth program).  Through endowed scholarships at Texas A&M (focusing on the Corps of Cadets and the business school), as well The University of Houston, Barney is involved in giving back to the educational community as well.

Barney is an avid sportsman and enjoys reading and playing handball.  He also loves traveling and spending time with his wife, four children, and seven+ grandchildren!